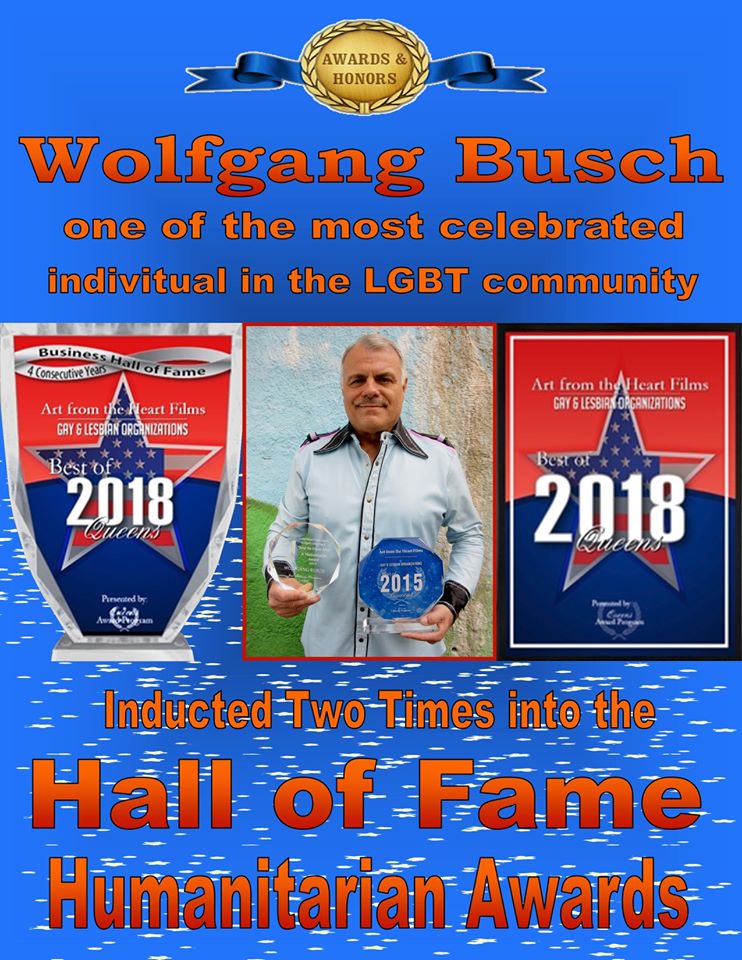 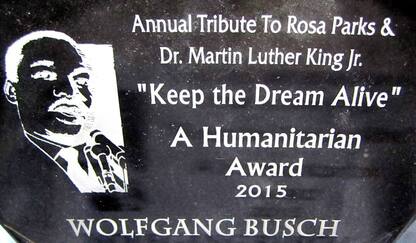 Wolfgang Busch was inducted into the Business Hall of Fame for his company Art From The Heart Films and into the LGBT Hall Of Fame. Wolfgang is a two time humanitarian award winning director, producer, cinematographer, editor, and is also a lecturer and activist for the music and LGBT community in New York City since the mid 1980's. He received more than 30 awards, rewards and certificates and was published in the Ed Karvoski book "Award Winning Men".

Wolfgang became an activist because he saw the need to empower the LGBT artistic community from the artistic
exploitation and discrimination from the industry and community, and is using the DVD as a tool to reach that goal.

His latest Flow Affair documentary is a historic LGBT art film about the New York City, San Francisco and Chicago Flag, Fan, Poi and Floguing dance community, capturing the passing down of this thirty year old Greenwich Village disco dance tradition. The flag dance originated in the New York City's leather and disco scene in the late 1970s and peeked
in the early 80s at the legendary disco  the Saint in the East Village.

Wolfgang Busch is the founder of Art from the Heart Films and its mission is to build an artistic infrastructure to
empower under-served communities using art in education programs.

"How Do I Look" and "Flow Affair" are both historic LGBT art films released on DVD, highlighting the artistic expressions
of the LGBT voguing and flagging communities from New York City, San Francisco and Chicago, and the "A True Lesson In Humanity" documentary is about the Florida Special Needs Color Guard and people with disabilities in the
performing arts from the Fort Lauderdale area.
​
Wolfgang's up-coming release "The Sounds Of New York City" is about the NYC rock live music scene during the 80s and 90s and its evolution. Wolfgang was instrumental in the development of the live music scene and was part of changing the music landscape.
Wolfgang Busch, Hall Of Fame, Humanitarian Awards, Honors, Certificates

2000  “Appreciation” Award from the House of Omni, 20th Anniversary

1996  “Ace” Award for Live Audio for the TV show "Gospel Today", 1996
1996  “Communicator” Award for NY / Tokyo Youth Baseball Sister City Exchange Program, sponsored by the
United Nations and the City of New York
Art From The Heart is serving the LGBT Community since 1986

YOU can help TOO
please make a donation
Art In Education Programs for the LGBT Artistic Community,
Copyright © Art From The Heart - All Rights Reserved Worldwide
UA-19854873-1